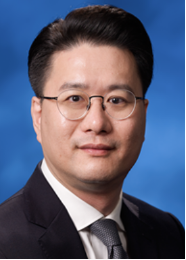 The outbreak of COVID-19 in 2020 has affected daily life around the world, especially in urban spaces where many people live together. The development of various innovative technologies such as artificial intelligence (AI) has accelerated, and this change is improving quality of life at the same time as leading the digital transformation of these urban spaces. The 3rd edition of the Smart Cities Index Report 2022 was published this year, following the 2017 and 2019 reports. This Index Report aims to examine the changes in cities that are rapidly growing with the 4th Industrial Revolution, suggesting the future direction of smart cities, and at the same time, helping to guide cities’ participation in the changes that are leading towards global smart city establishment.

Starting with this 2022 report, a research team from IfM Engage (Institute for Manufacturing, University of Cambridge) the Digital Transformation Research Center·Information Systems Intelligence Lab. at Yonsei University in the Republic of Korea to take part in the publication, thereby establishing an international cooperation framework where research findings can be used in a wide range of studies. To choose 31 cities around the world, 50 cities were initially selected from the capitals of countries leading the smart city developments as well as those cities often cited by smart city-related media published in the last two years, such as research reports. Then 35 cities with easy access to raw data, including relevant internet portal sites, or where expert interviews were available, were selected. Four cities that had difficulty measuring some indicators during the data collection process were excluded, resulting in a final total of 31 cities being selected for analysis. The data were collected and analysed from the second half of 2019 to November 2021. The initial research results of this Index, developed for case studies, were released at the Smart City Expo World Congress held in November each year, and were finally revised and upgraded based on feedback.

Among the services run in those 31 cities, the following were analysed for the 2022 report: 1,489 civic tangible App- and Web -based services; 514 smart city infrastructure services, such as the Intelligent Transportation System (ITS), intelligent streetlights, and smart grids; 1,088 smart city projects in various fields promoted in those cities; and 206 living labs in various formats and for various co-creation purposes, driven by citizens, companies and the public sector. The report contains analysis results of eight assessment areas – Service Innovation, Urban Intelligence,  Urban Sustainability, Urban Openness, Infrastructure Integration, Urban Innovations, Collaborative Partnership and Smart City Governance – as well as a summary reflecting the individual smart city features of those 31 cities. This edition also provides city rankings according to assessment area, which is different from the previous reports.

It took a total of more than 15–20 months to prepare the report, as a huge amount of data was analysed. I would like to take this opportunity to express my deepest gratitude to over 30 researchers, including the Cambridge IfM Engage research team who had worked on this study for a long time, and each smart city’s experts, city officials, and entrepreneurs who willingly gave interviews.