Urban openness is one of the key factors determining a city’s competitiveness along with smart city development. An open city is innovative, typically taking the form of an eco-system, within which city government offices will work alongside large, medium, and small enterprises as well as young entrepreneurial companies. This report measured cities’ degree of openness according to two parameters: 1. a measure of Urban Data Openness, and 2. a measure of Civic Participation, informed by the concept of Open Innovation. First, the report analysed how publicly each city’s data was managed and how easily it could be accessed by others analysing each city’s open data portals. Second, it assessed the degree of citizen participation as well as their roles, which could be in engaging and validating smart city services. The main finding of the analysis was that cities are collectively becoming more open due to a variety of measures in Urban Openness.

Analysis of the 31 cities revealed that cities are making use of their urban data to improve citizens’ quality of life, while creating new jobs such as data scientists leveraging advances in ICT and the roll-out of more data-driven urban services. Many cities not only have an open data policy in connecting and integrating the city’s internal data but are also are engaged in transforming their urban data into an open data with a secondary value, based on new business model. It is accepted that making data open serves as a foundation for new infrastructure development within the private sector. Premised on an acceptance of this principle, this index report analysed the status and degree the use of public open data in each city. In the past, opening up data has typically served to improve the level of government transparency, safeguarding public interests. The current trend in making data available, though, aims to promote economic growth and also aims to improve various social and public value proposition by developing new smart city services. Open data may foster innovation in harnessing the values of both public-spiritedness and entrepreneurial resourcefulness. When the smart city strategies were reviewed, it was found that Urban Digital Transformation (UDx) depended to a large degree on cities using open data as a core innovation resource. Many leading cities in this report managed urban data openly through the city's own open data portal. In recent years, they committed to increasing the provision of urban data in machine-readable-formats, which makes data easier to search and more likely to be valuable to the private sector. As a result, not only start-ups but also large companies from different sectors are able to offer smart city services on the back of open data. 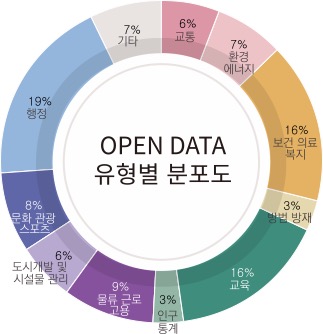